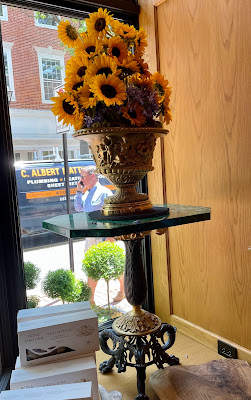 Let me introduce you to a not-so-new place in Easton called
The Wardroom.  It's been open for at least a year and this is
the first time we went in to browse around.  This is only
because we had to update our wills and the attorney's
office is on the same block. 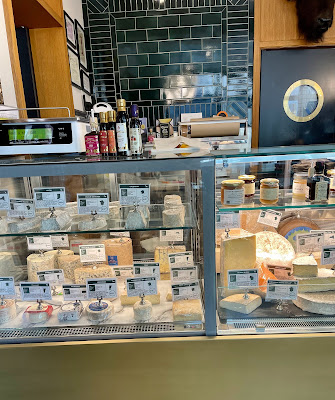 The Wardroom is part of the group called 'Bluepoint Hospitality' and
is owned by Mr. Moneybags {I won't mention names here but
my local blog readers know who I'm talking about}. 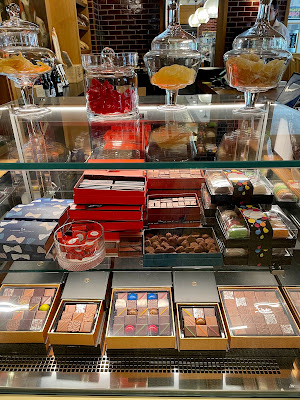 Mr. Moneybags is doing a great job buying old buildings
in Easton and renovating them into specular spots to visit,
dine [and once his waterfront property is developed] stay.
His Italian restaurant named Roma has excellent pizza.
For a small hand crafted pizza {plain} was $16 the
last time I checked.  That's crazy in my opinion.
Mrs. Moneybags opened a bookstore and it's beautiful.
But I have to ask myself why pay full price when you can
get the same book on Amazon at a discount?
There are several other places he owns but I won't
go into them now. 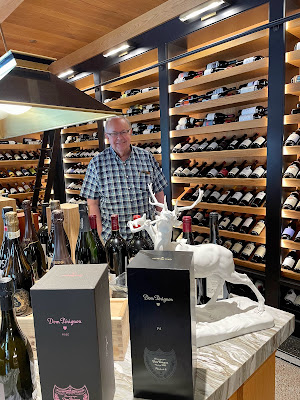 Mr. Moneybags does donate to various charities. I just
read an article that he paid for a new squash court building
at the Naval Academy [which he attended] in Annapolis.
Of course the building is named after him. 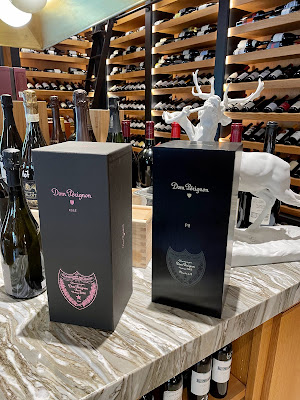 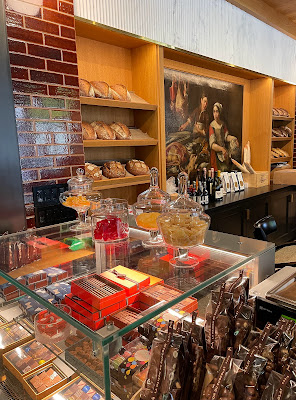 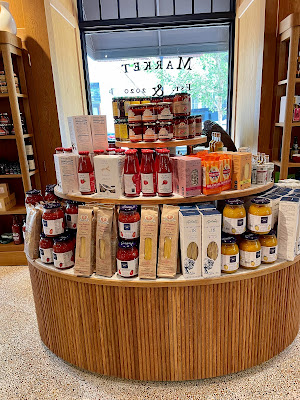 The one little package of pasta I picked up was $8.00.
Personally, I probably couldn't tell the difference between
that one and the one I get at the grocery store on sale
for $1.00 a box! 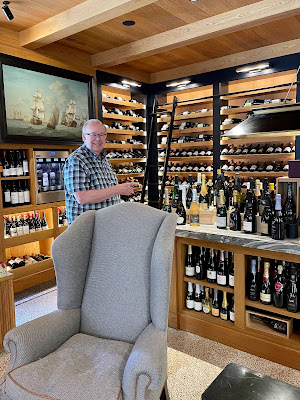 Wilson did have a good time looking but of course
we didn't buy a single thing.  The staff didn't seem
overly friendly either. 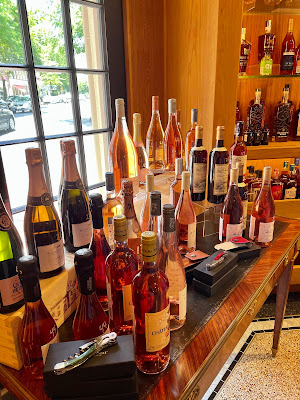 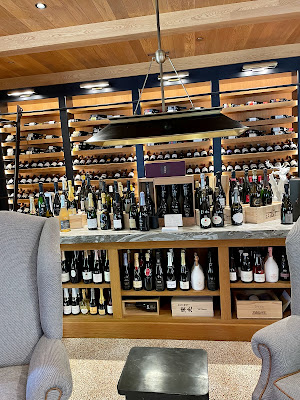 Everything is meticulously placed. 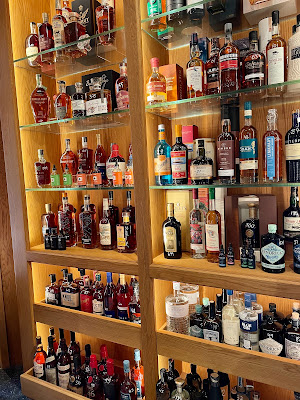 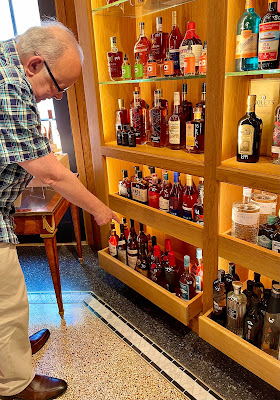 Wilson pointing at the bourbons.  He hasn't had any
adult beverages since his heart procedure. Next
week he goes back to John Hopkins for a follow-up
post-procedure check.  Maybe he'll get the green light to be
able to enjoy a drink.  That re-check is on Wednesday and
on Friday he has to have a molar extracted which is the
same one I had extracted 3 weeks ago.
at 6:03 PM